At the time of leaving catering college, Simon confesses he had not heard of Chef Corrigan until spotting him on the TV show Great British Menu. Having not considered leaving Leicestershire, Simon was working in the kitchen at Leicester City Football Ground when the he decided to take a punt and send his CV off to the head chef at Bentley’s at the time, Brendan Fyles.

It was a chance that paid off, turning out to be a very eventful trial shift. On the big day his grandfather accompanied him on the journey down to Kings Cross St Pancras station. Simon, enjoyed his time on the pass during a busy lunch service, before passing out and receiving a black eye, requiring an ambulance and a trip to A&E! Not quite the first impression he has hoped for.

Whatever impact he did make was certainly positive, as he was offered a contract as a Commis Chef at the iconic Bentley’s Restaurant. As a result, he made the permanent move to the capital, a milestone he recalls fondly as his father dropped him off at the staff accommodation at the tender of 17.

What he lacked in years he made up for in work ethic and attention to detail and he was soon promoted to Junior Sous Chef within 9 months of his arrival in the Bentley’s kitchen. When he talks about his time at this London institution Simon smiles, recalling how cabs would "pull off Regent Street and drop guests straight to the door to sit and enjoy oysters at the bar". Impressed by the prestige and tradition of Bentley’s, he felt proud to be a part of their history. When asked about his favourite dishes from their famous selection, he declares the fish and chips “the best in London” but says he prefers to try the specials to explore the creativity of the chef’s that day.

After two and a half years learning the ropes at Bentley’s, Simon was afforded the chance to work at the prestigious Corrigan’s Restaurant & Bar in Mayfair, first as Junior Sous and then later for a second stint as a Sous Chef. There he reinforced his meticulous standards and refined his presentation skills, experience which has clearly stood him in good stead.

Notoriously hard to please, he passed Chef Corrigan’s tests and was appointed as Head Chef opening Daffodil Mulligan in Old Street aged 31. Almost two years down the line, Simon is still passionate about creating new dishes that win the approval of “the big man”. “Now I feel I can approach Chef for his opinion, and 75% of the time he will love it. Sometimes he has a suggestion or tweak, and I am annoyed I didn’t think of it myself. But that’s why he’s a genius.”

Asked what his latest kitchen obsession is, we’re told he has been experimenting with smoking using the Daffodil Mulligan wood fire. “I’m really enjoying smoked ingredients, I could never stand smoked cheese, but recently smoked mascarpone which was a cool experiment. We use beech and birch chips at Daffy’s, it produces a great volume of delicate smoke which works so well with sugar pit pork, mackerel, potatoes etc. there is just so much possibility!”

These big smoky flavours synonymous with Daffodil Mulligan feature prominently on their new Live Music Margarita brunch menu.  Smoked butter and bone marrow accompany their flame grilled steaks and accompanied by a range of gutsy Olmeca margaritas. As you tuck into brunch Simon can be spotted quietly ensuring the smooth running of the kitchen from across the oyster bar counters.

Reflecting on his career with The Corrigan Collection, Simon describes an ethos of honesty and generosity, with no room for complacency adding “Chef’s demand for excellence means [my job] is the most comfortable uncomfortable role being part of the business.” It is this attitude that has built the reputation that now extends across three restaurants and a country house hotel with big plans for the future.

When asked about what he would like to achieve next, Simon modestly comments “I want to keep enjoying my career. I don’t want to ever get to the stage where I lose my passion.” With Chef Corrigan’s fame for holding his team to the highest of standards, we are sure that is not on the cards, and that this certainly isn't the last time we’ll be hearing from Chef Simon Merrick.

Since publication Daffodil Mulligan has been awarded a Michelin Plate and has been featured in the Michelin Guide 2021. 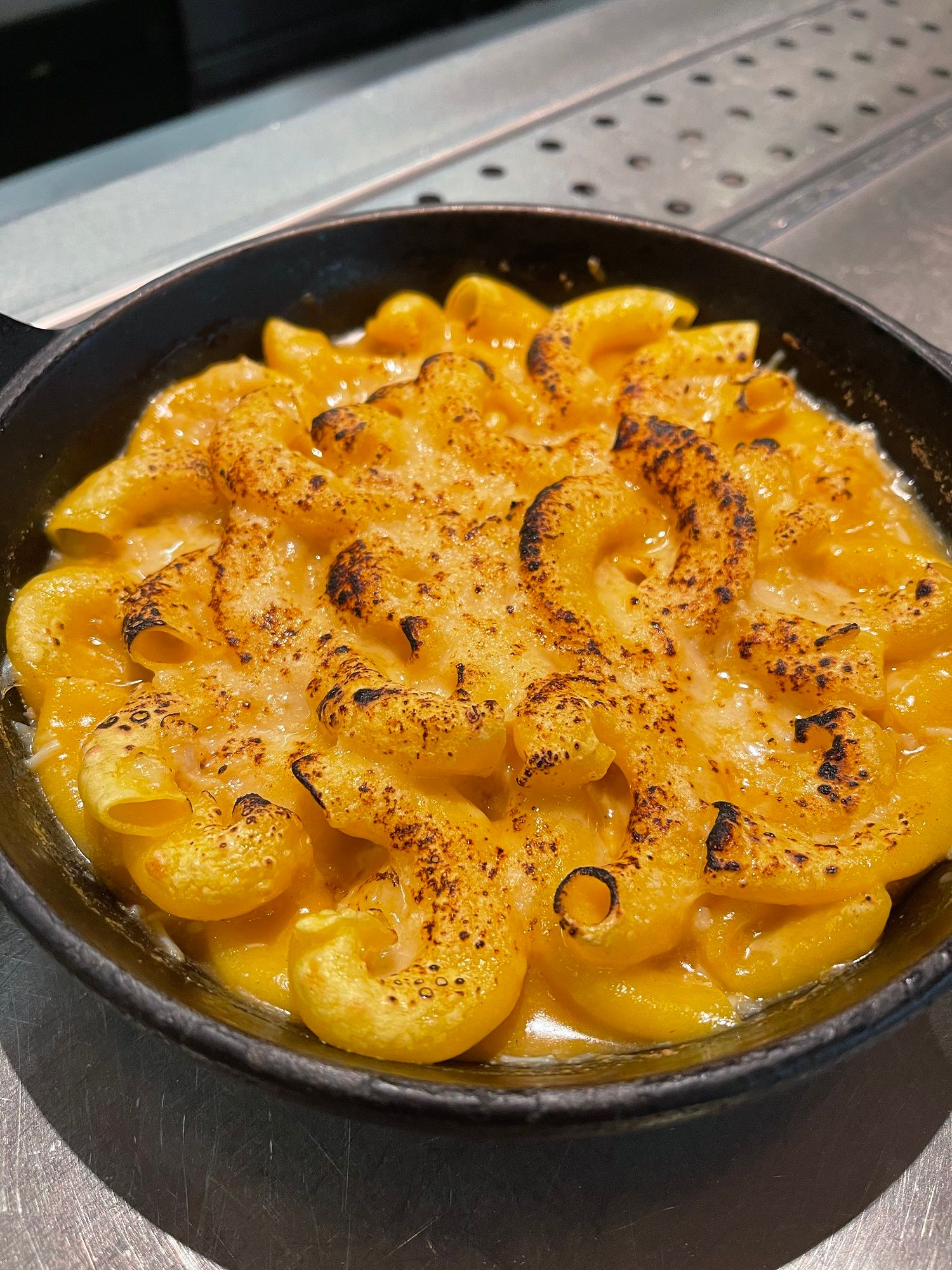